A park in Edmonton, near the North Circular Road, is both pleasant and historical.

Many people know that the drink Pimms is a popular thirst-quenching, fruit-filled alcoholic cocktail. It is usually drunk during the British summer. Fewer people know about ‘Pymmes’, which sounds just like the cocktail’s name, but is not remotely related to it. 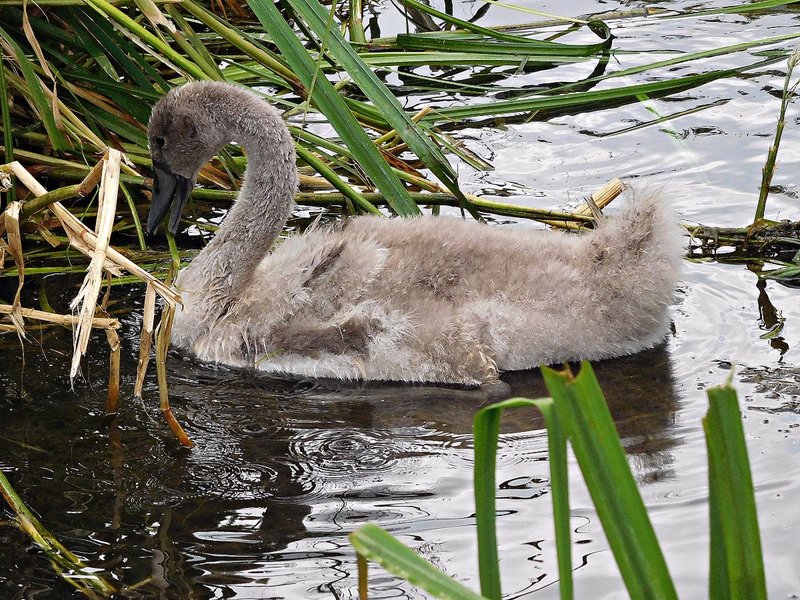 In 1327, William Pymme built a mansion close to Upper Edmonton (http://friendsofpymmespark.wixsite.com/fopp/history). It stood in its own extensive grounds, its estate, a few yards east of where Silver Street Station stands today, and just north of the present North Circular Road, where it runs close to Silver Street. 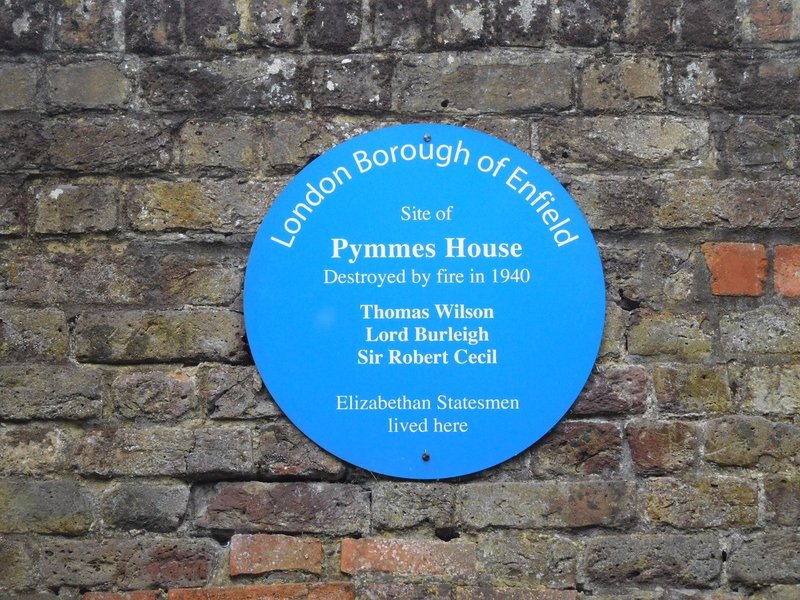 The original house, which was occupied by various Elizabethan worthies, namely Thomas Wilson (1524-1581), William Cecil, 1st Baron Burghley (1520-1598) - a close confidante of Queen Elizabeth I, and Sir Robert Cecil (c.1563-1612), was entirely demolished before the beginning of the 19th century (see: “The history and antiquities of the parish of Edmonton” by W Robinson, published 1819). William Cecil bought the Pymmes Estate in 1582, and it remained in his family until 1801. In 1593, the house was either modified or re-built. Then it was re-built in the early 18th century. This was modified by the addition of a new south front with a classical portico later in that century (see: http://www.british-history.ac.uk/vch/middx/vol5/pp154-161). 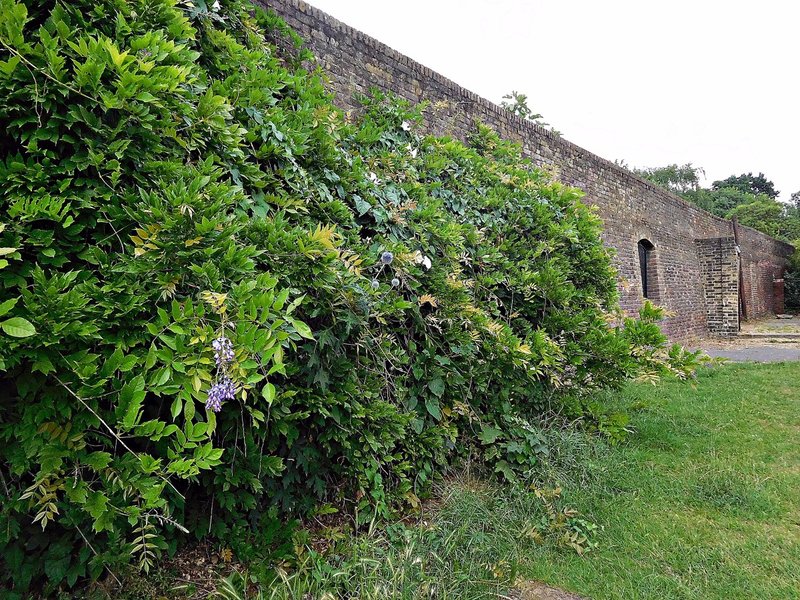 In 1808, the Ray family bought the estate and the house on it, and kept it until 1899. Next, the estate was bought by the local council, and in 1906 the grounds were opened as a public park (see: http://friendsofpymmespark.wixsite.com/fopp/history). In 1940, the house was completely destroyed by aerial bombardment (see: http://lower-edmonton.co.uk/leisure/pymmes.html). All that remains of it today is its walled Victorian garden. 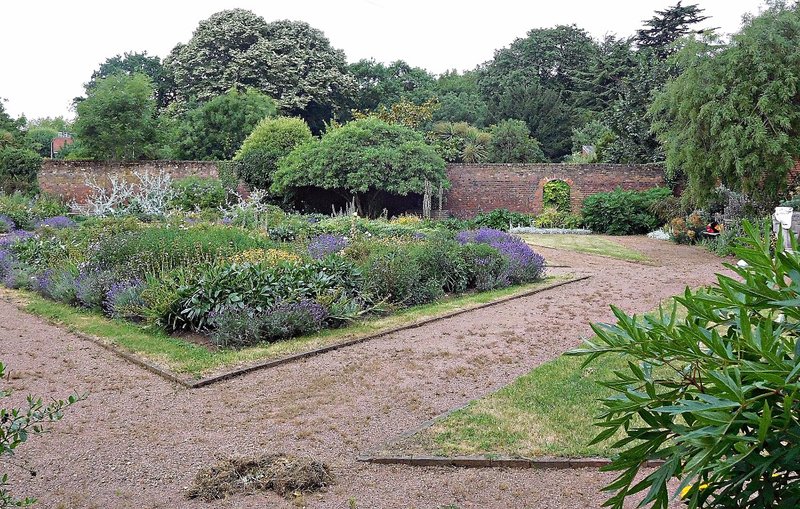 Pymme not only ‘gave’ his name to a park (the grounds of the former Pymmes House), but also to Pymmes Brook, a tributary of the River Lea. This stream rises near Hadley Wood where several small streams (e.g. Shirebourne and Green Brook) merge, and then flows mainly in a south-eastern direction until it merges with the Lea. It flows from the south side if Pymmes Park, where it is mainly underground, eastwards, but above-ground, under the Silver Street railway station before disappearing underground on the western side of Fore Street. 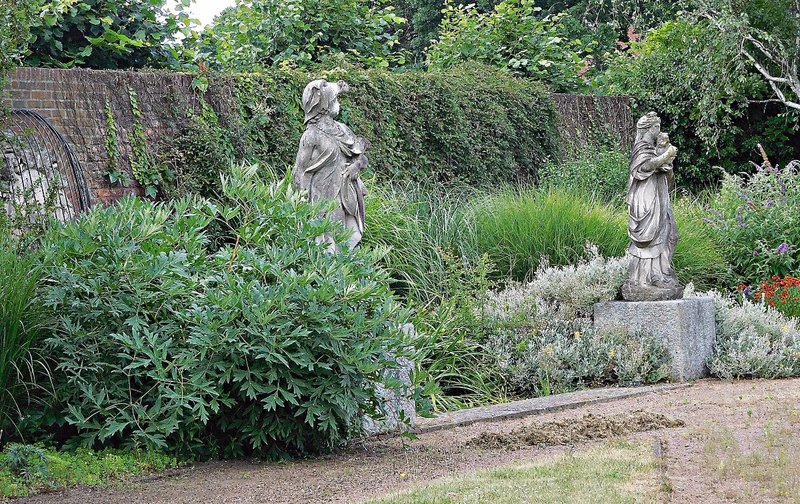 The park is lovely. A weed-covered ornamental pond with reed beds is located at the park’s south-western corner, close to the North Circular Road. I watched a moorhen swimming through the waterweeds, parting them like an ice-breaker as it proceeded in a straight line. The Pymme Brook runs under this almost stagnant body of water.

The walled-garden is rectangular in plan, but was not open to the public when I visited it. This was not a great problem because there are several iron gates and one window through which I could see most of the garden, which is well-maintained. I spotted two antique statues and one bas-relief at the southern end of the garden. A series of paths radiate star-like from the middle of the garden, separating beds planted out with a variety of different species of both flowering plants and shrubs. 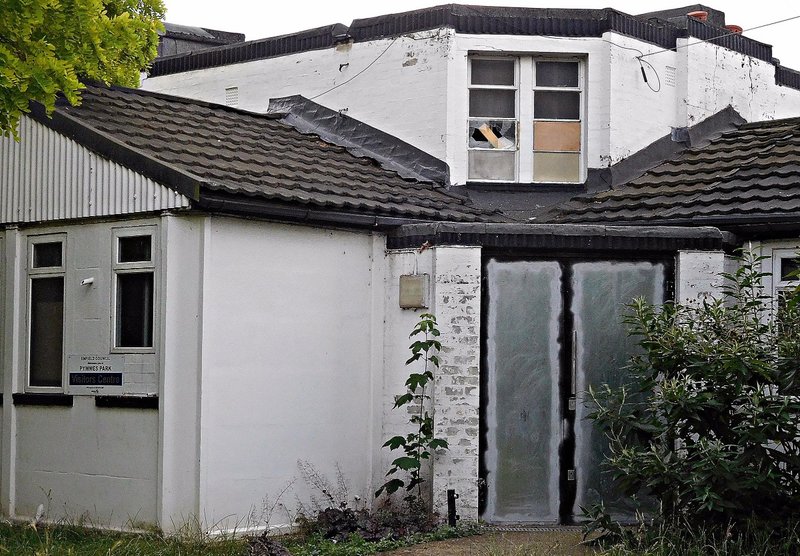 Close to the walled-garden, there is a run-down inelegant building, which bears the sign ‘Visitors Centre’. With broken windows, and locked doors, I doubt that this building has received many visitors in recent times. This presently unwelcoming building started life as a WW2 civil defence centre. It was established as a decontamination centre to be used in the event of a gas attack on the local population (see: https://www.tracesofwar.com/sights/11392/Waar-ligt-Gebouw-Ontsmettingscentrum-Edmonton.htm). Just before, and during, WW2, trenches for military use were dug in Pymmes Park. Also, a searchlight was set-up there (see: https://enfieldatwar.wordpress.com/tag/civil-defence/). 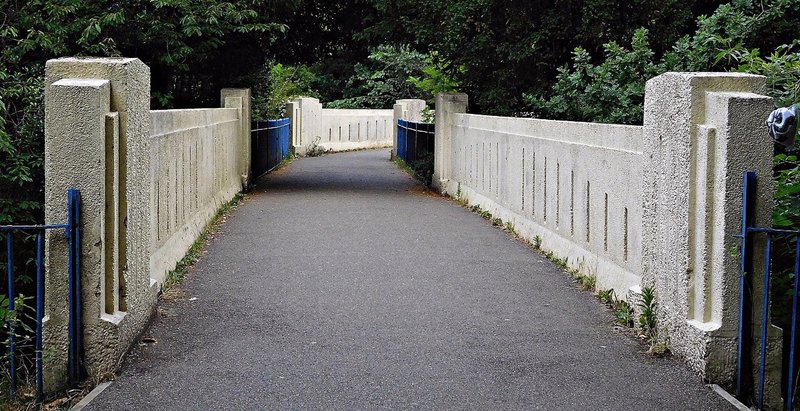 Bridge across lake at Pymmes Park

North of the Visitors Centre, there is a lovely curving, serpentine lake that runs from east to west. A concrete footbridge crosses this via a small tree-covered island. Surrounded by reeds, trees, and other plants, this picturesque body of water welcomes waterfowl: geese, ducks, moorhens, swans, to name but a few. 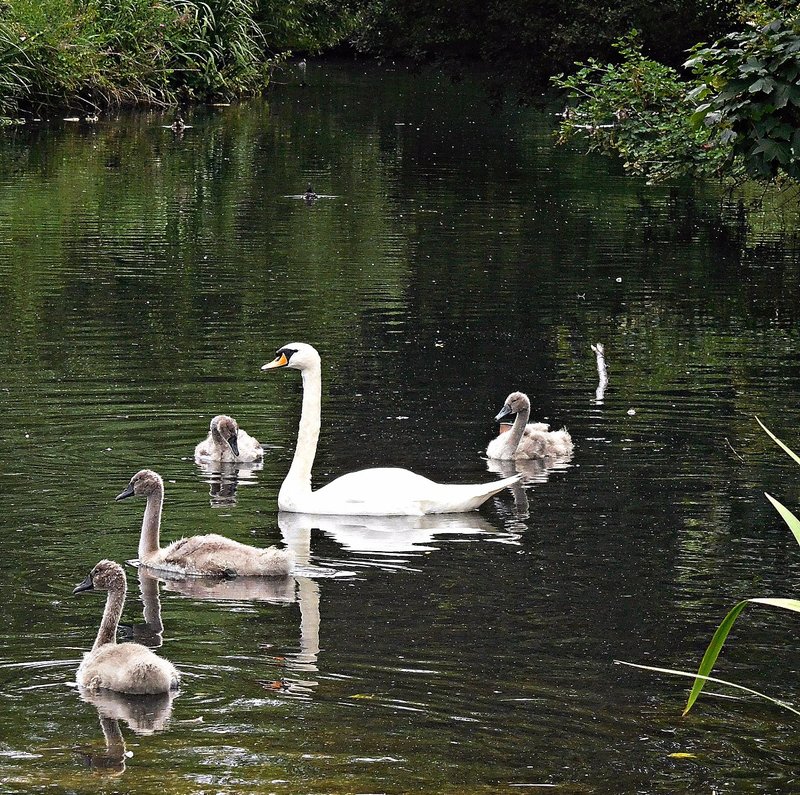 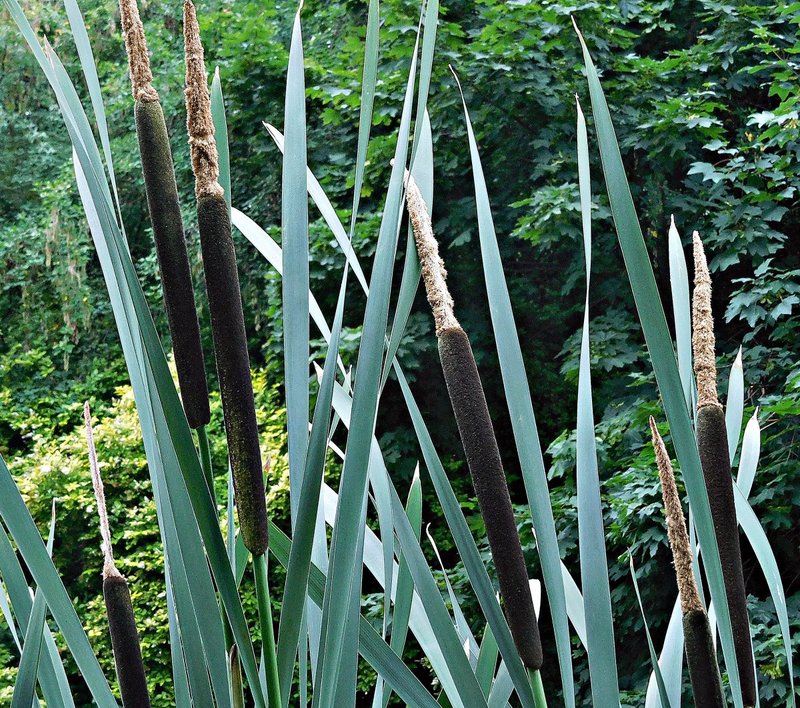 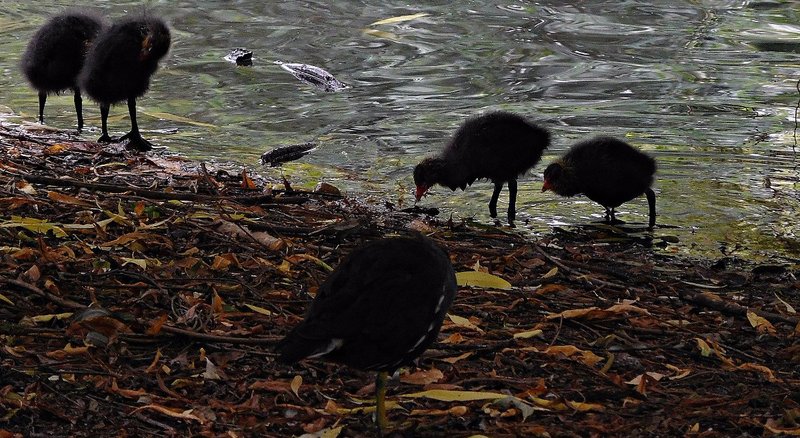 Flanking the pond, there is a playground for children equipped with up-to-date climbing frames and other equipment. There is a circular area, which might have once served as an open-air performance space, but there is no sign of the bandstand that can be seen in old photographs taken in the park (see: http://lower-edmonton.co.uk/leisure/pymmes.html). 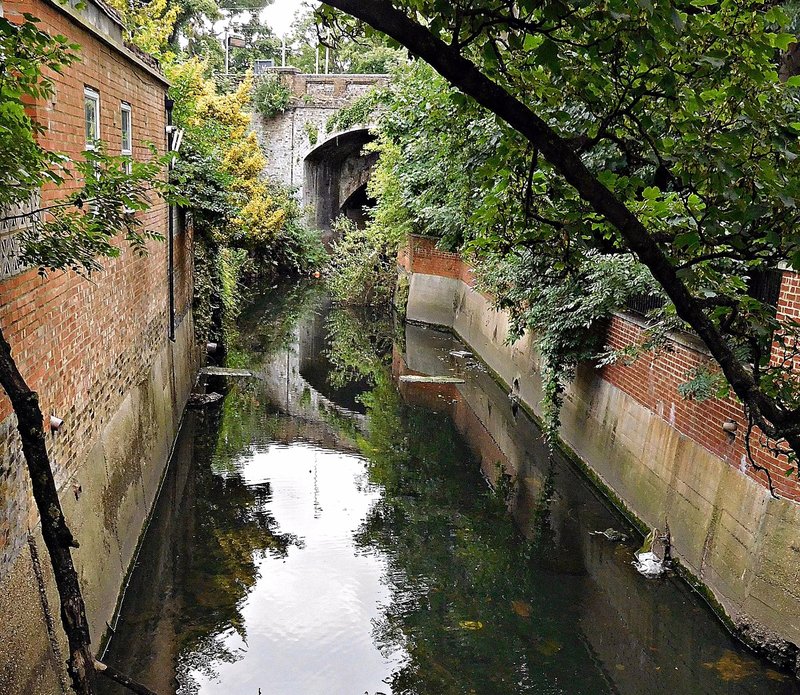 From the south-east corner of the park near where Silver Street meets Victoria Road, there is a bridge across Pymmes Brook from which the narrow stream may be seen flowing towards, and then under a railway arch. 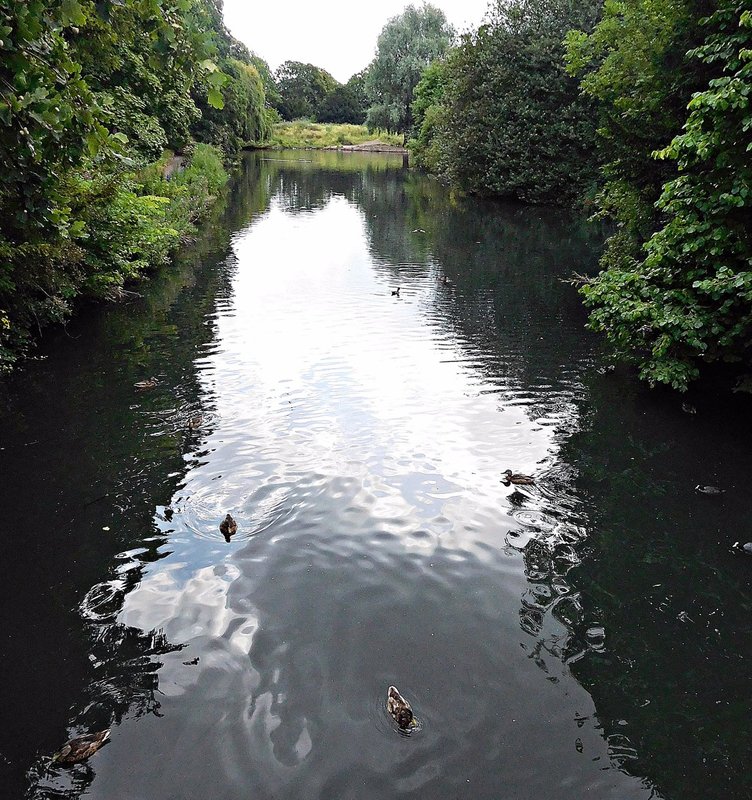 Pymmes Park is one of London’s lesser-known open-spaces, and deserves both more visitors and also a decent visitors’ centre, with a café. 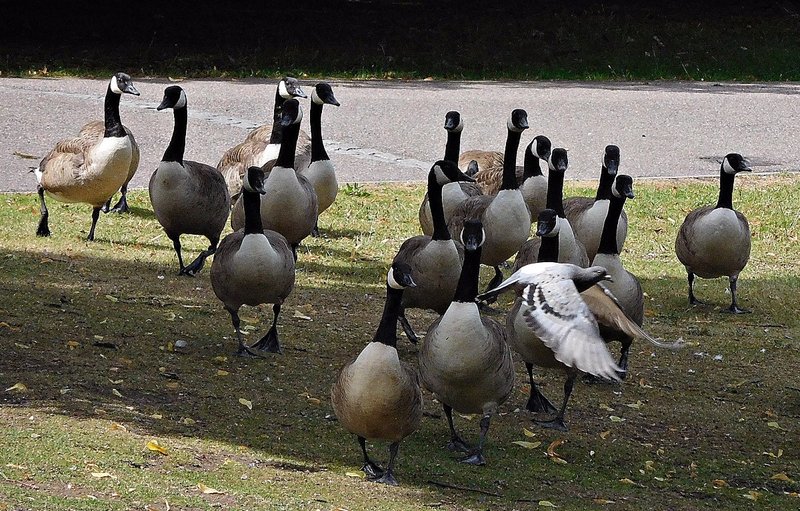 Geese and a pigeon at Pymmes Park

A GARDEN OF DELIGHTS

A surprising oasis in busy Dalston 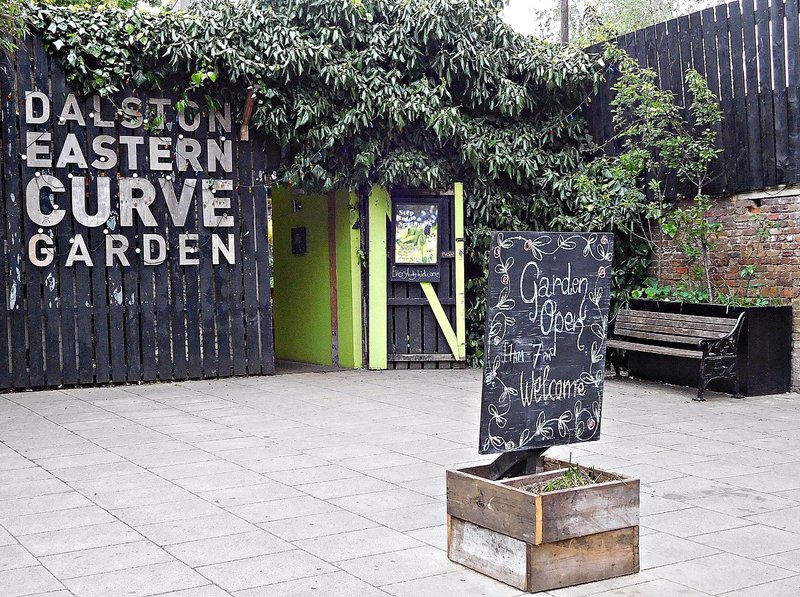 Here is a real surprise embedded in a busy urban area. Close to both Dalston Junction and Dalston Kingsland Overground stations, the hectic Kingsland Road/Dalston Lane traffic intersection, and Ridley Road Market, this (almost) hidden garden is a delight. 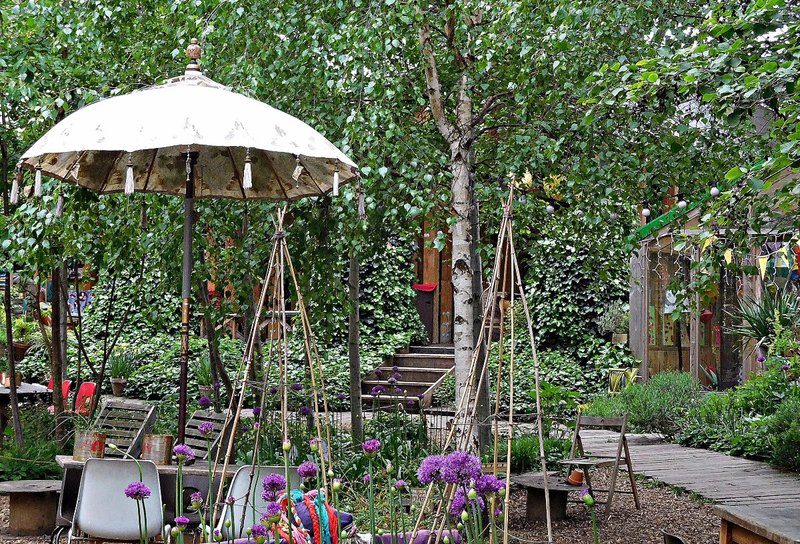 The garden was created in 2010 on wasteland that had once been the: "Eastern Curve railway line which once linked Dalston Junction Station to the goods yard and the North London Line" (see: http://dalstongarden.org/about-2/). 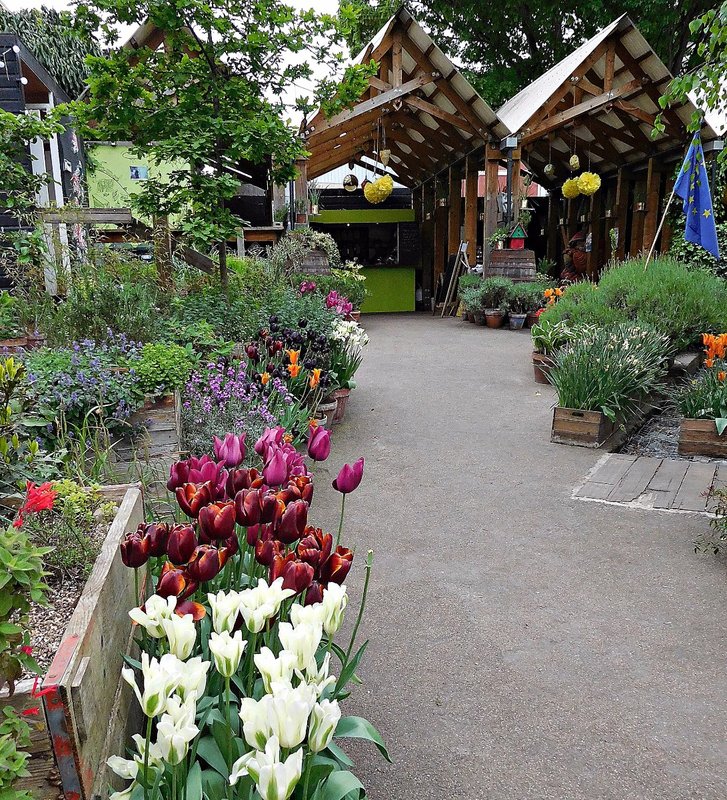 You enter the garden from a small square, which is dominated by a huge attractive mural, 'The Dalston Lane Mural', which was created by Ray Walker in 1983. As soon as you enter the garden, you find yourself in a wood covered enclosure that is open to the garden and the elements. Under the canopy, there is a bar/café, that serves hot and cold beverages as well as alcohol. In summer, a wood fired pizza oven is in action producing pizzas on some evenings. 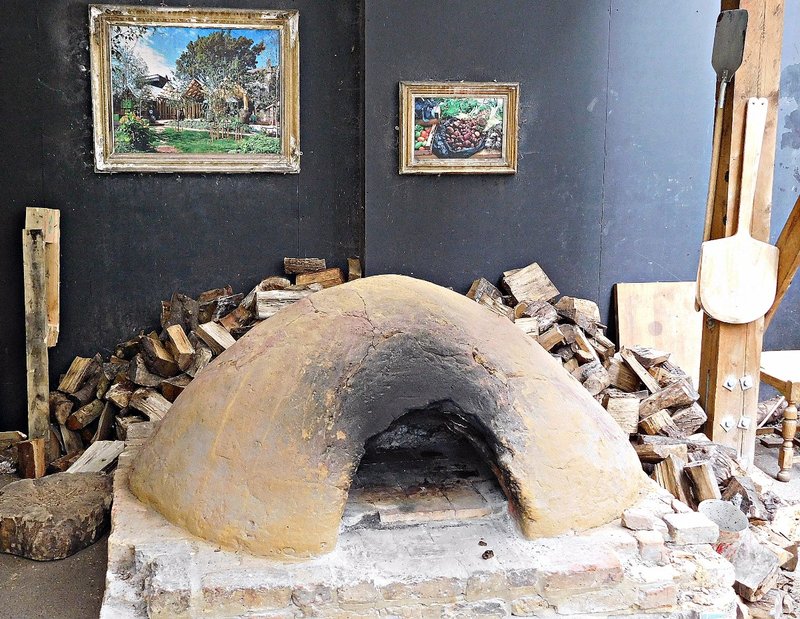 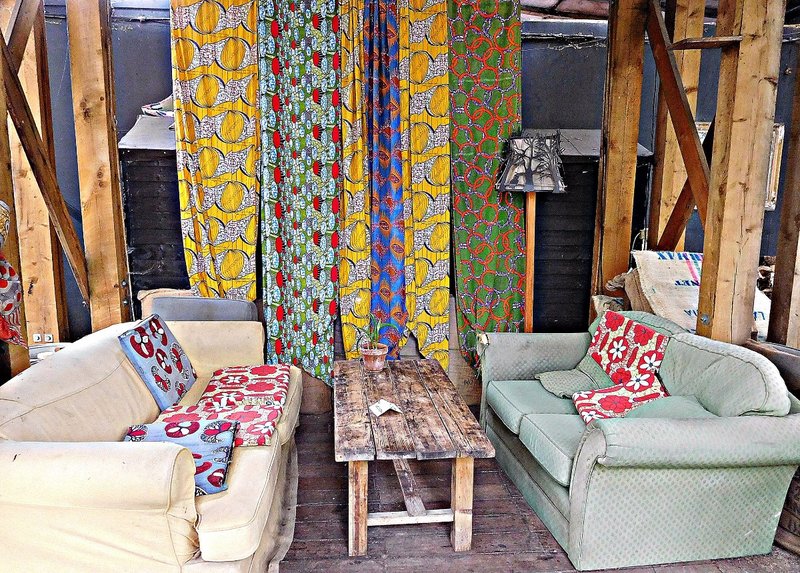 ====The garden is overflowing with plants (tended by local volunteers), an assortment of seats, and quirky folksy artwork. On one visit, I spotted a group of wild rabbits gambolling amongst the vegetation. ====

At the far end of the garden there is a children's play area and also a view of a fantastic mural on a nearby building. 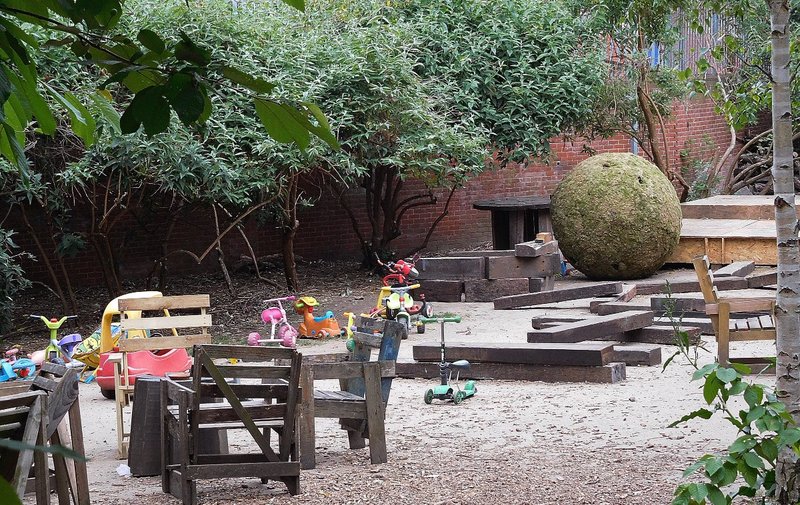 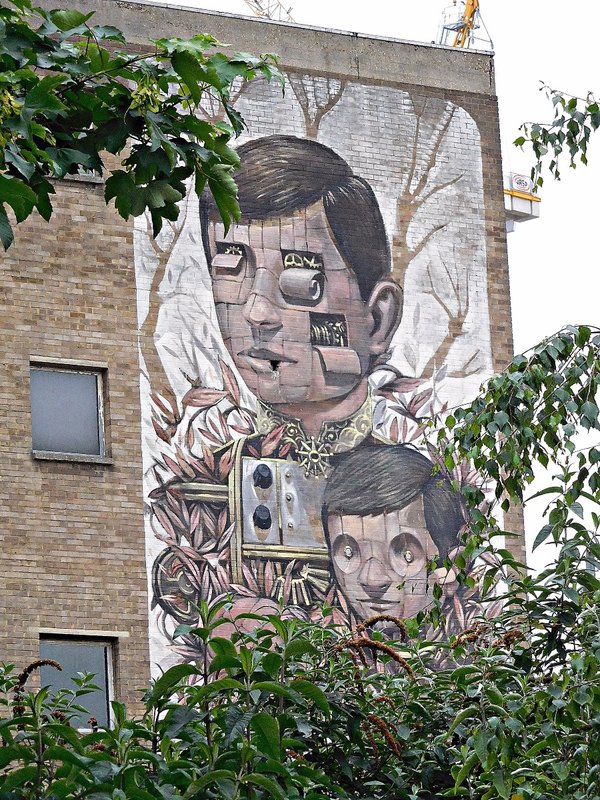 Dalston Curve Garden - mural on a nearby building

This garden of delights is well worth a visit. Order a pint of beer, and relax! 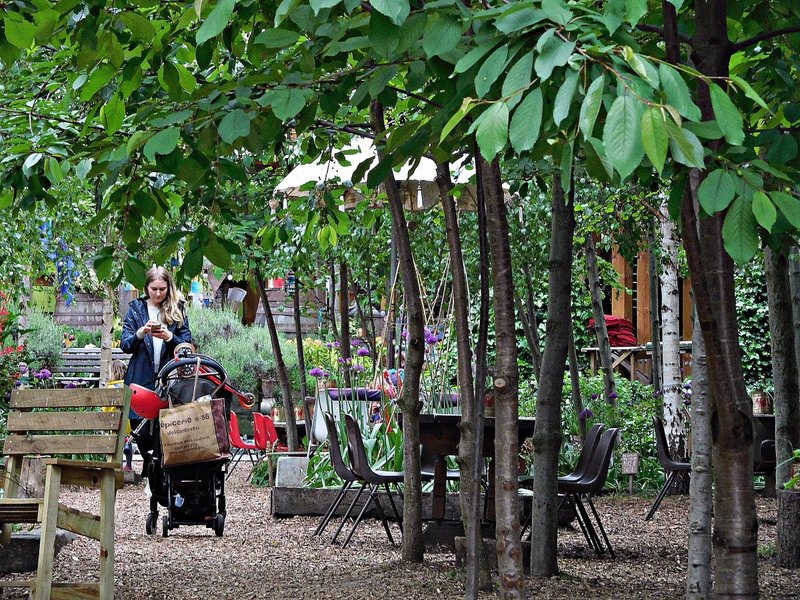