Warren Street is a station on the Northern and Victoria Lines of London’s Underground network. Situated at the intersection of Tottenham Court Road and Euston Road, both important arteries, Warren Street itself is comparatively small and of minor significance in the greater scheme of things. Be that as it may, this short street, which runs south of and parallel to Euston Road, has had some importance in my life. 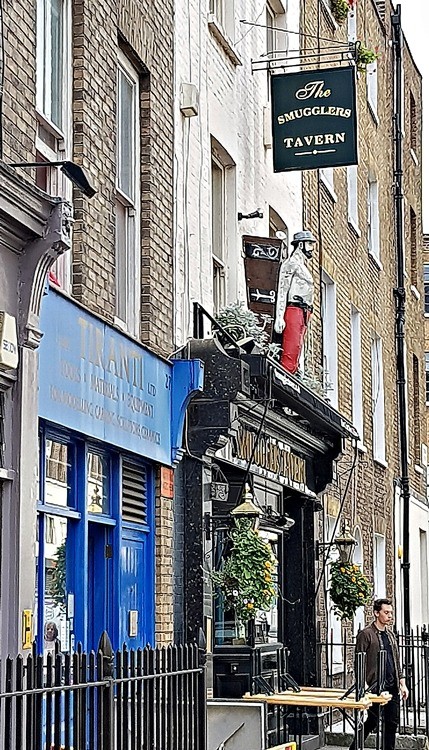 When the Underground Station was opened in 1907, it was named ‘Euston Road’. In 1908, it acquired the present name. By the time that I began using the station regularly (in 1970), the Victoria Line had been serving the station for two years. Warren Street itself was built in the late 18th century as part of the Fitzroy Estate. It was named after Anne Warren (1737–1807), who married Charles Fitzroy (1737-1797), First Baron Southampton.

In the early 1970s, when I was studying at University College London (‘UCL’), one of my fellow students on my BSc course in physiology was a young Indian girl, Lopa, who is now my wife. She spent a couple of years living at the International Students House (‘ISH’) which faces Great Portland Street Underground Station. She and other Indian students introduced me to really good Indian food. This was served at the now no longer existent Diwan-i-am restaurant on Warren Street. It was here and at other nearby restaurants, such as Diwan-i-khas, Lal Qila, and Agra, that food was cooked by Indians and Pakistanis rather than by Bangladeshis, who operated the majority of so-called Indian restaurants in the UK. While Bangladeshi cuisine might be excellent, much of the ‘Indian’ food cooked by Bangladeshis is less satisfactory. 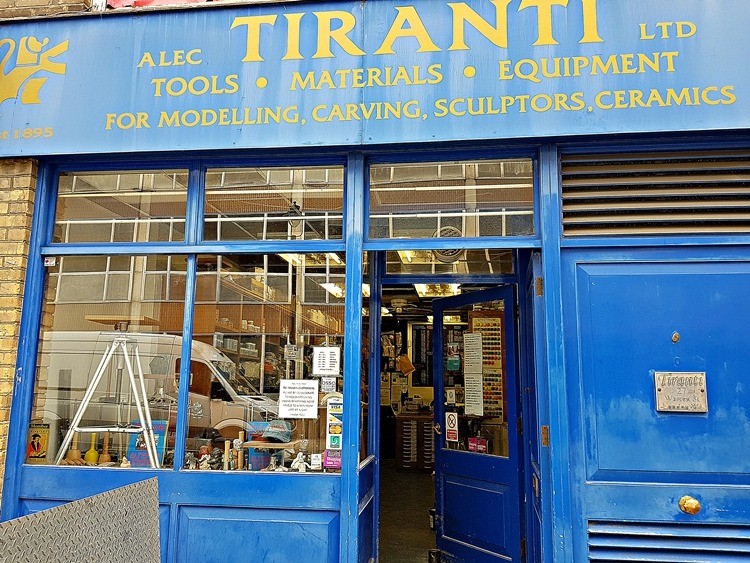 When the Diwan-i-am was in business, so were many car dealers who had their premises on Warren Street. These have long since disappeared. One business that still exists and predates the Diwan-i-am is Tiranti, an important supplier of, to quote their website: “…materials, equipment and tools to sculptors, modelmakers, mouldmakers, designers, prototypers, woodcarvers, stonecarvers, specialist plasterers, building picture and furniture restorers, potters and ceramicists.” Giovanni Tiranti started this enterprise in High Holborn in 1895. The company first began using premises near Warren Street in 1945. I am not sure when the Warren Street shop opened, but it was about 20 years ago at least. I never purchased anything there but my late uncle S, an engineer by profession and a keen sculptor in his spare time, was a regular customer.

I studied at UCL for twelve years. During the last five of these, I was studying dental surgery at the now, sadly, no longer existing Dental Hospital. Warren Street Station was the most convenient place from which to reach the Dental School from my home in Golders Green. It was a few yards from the station to the passage that led from Tottenham Court Road into Mortimer Market, where one part of the Dental Hospital was housed. In those days, the passageway was flanked by an official Iraqi Tourist Office. I used to visit this occasionally to look at the fine exhibitions of photographs shown there. The staff, no doubt agents of the late Saddam Hussein, were friendly. Once, they gave me a gift of four LPs of Iraqi folk music. Many of the ancient sights in the photographs might well now have suffered damage during the troubles that afflicted Iraq long after I had become qualified as a dentist. 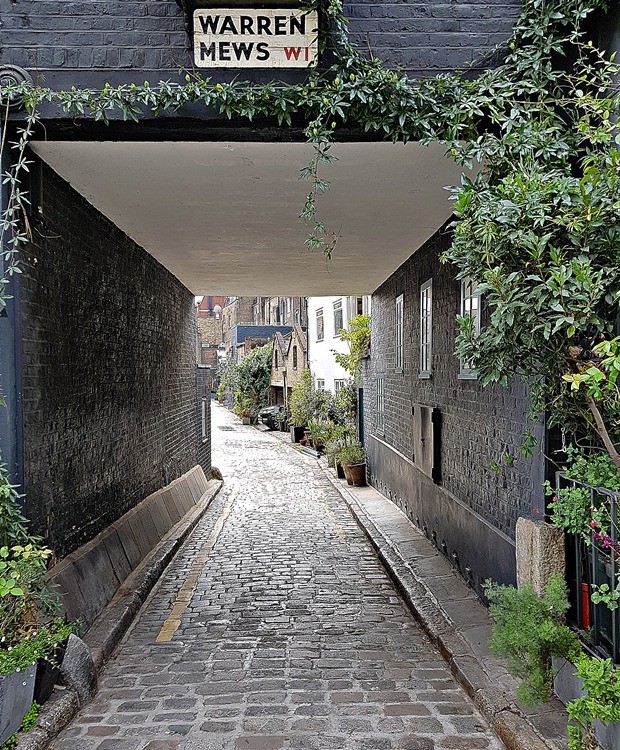 There were several photography suppliers’ shops on the stretch of Tottenham Court Road near Warren Street. Their windows displayed a huge range of camera bodies and lenses. I bought my first SLR camera at one of these shops. They have mostly gone now. So also has Sterns. This electrical shop was well-known for its superb stock of African music LPs. Some years after I had left UCL finally (in 1982), Sterns, which opened in the early 1950s, moved from its somewhat aged premises on Tottenham Court Road to a newer shop around the corner on Euston Road. This has also disappeared, but Sterns still goes on in the form of an on-line firm.

One rainy early Monday morning, I emerged from Warren Street Station, and walked to the Dental School. The streets seemed emptier than usual. When I arrived at the school, the doors were locked closed. I was puzzled. Then, I bumped into another student, also soaking because of the weather. Shamefacedly, we realised that we had turned up on a bank holiday. 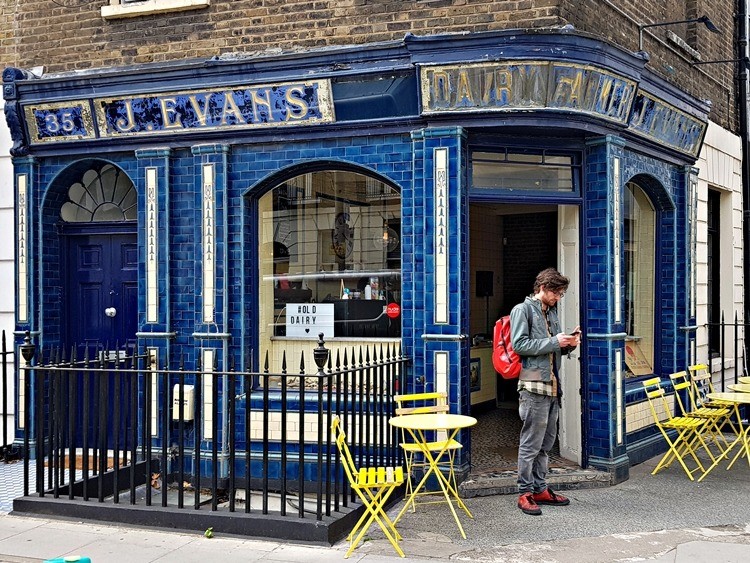 Some time during the mid to late 1970s, a branch of McDonalds opened on the corner of Warren Street and Tottenham Court Road. Occasionally, I used to pop in there for a snack on my way home. Now, some decades later, Warren street is lined with ‘trendy’ eateries, one of which is housed in an old dairy on the corner of Conway Street. Much of the original tilework of the former dairy of J Evans has been preserved. Although there are many newer buildings on Warren Street, a few of the original late 18th century structures have survived.

While Warren Street is not worthy of a long detour, it provides much more than a name for an Underground Station.