THE LINE - ART TRAIL IN DOCKLANDS

An exhibition along the Greenwich Meridian

The LINE is not straight.
It is interrupted by the River Thames.
Yet, it wriggles its way along the Greenwich Meridian Line.

"The route runs between the Queen Elizabeth Olympic Park and The O2, following the waterways and the line of the Meridian."
(see: http://www.the-line.org )

The line is a walk that connects a series of outdoor artworks, mostly sculptures.

The sculptures are all reasonably contemporary works of art.

Following the LINE provides one with fresh air, exercise, culture, and great views of parts of London that have been undergoing redevelopment in recent years.

Join me on a walk beginning at North Greenwich Station, close to the O2 (Millennium Dome).

The first thing we saw was an upturned electricity pylon. It was not there by accident: 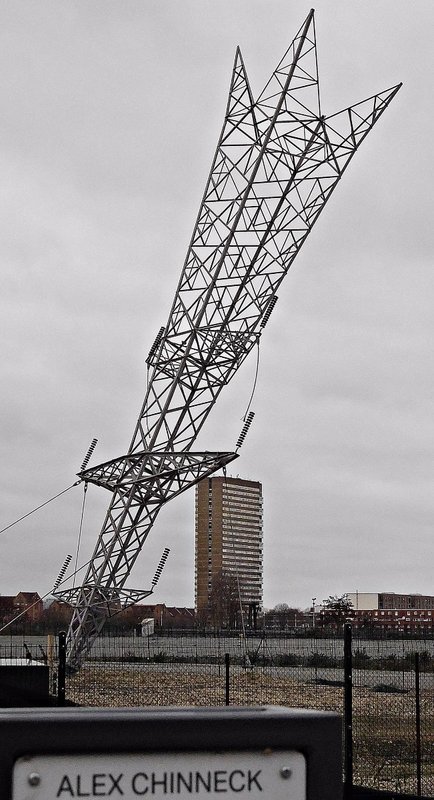 The next work of art is a signpost placed on the Greenwich Meridian: 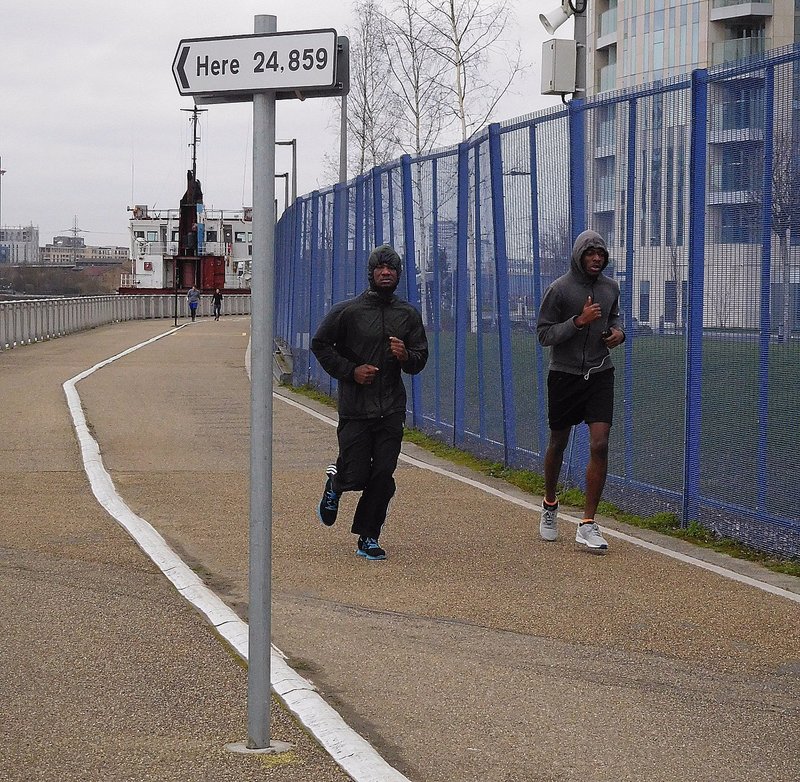 "Here" by Thompson and Craighead

Close to this, there is an older marker recording the position of the Meridian: 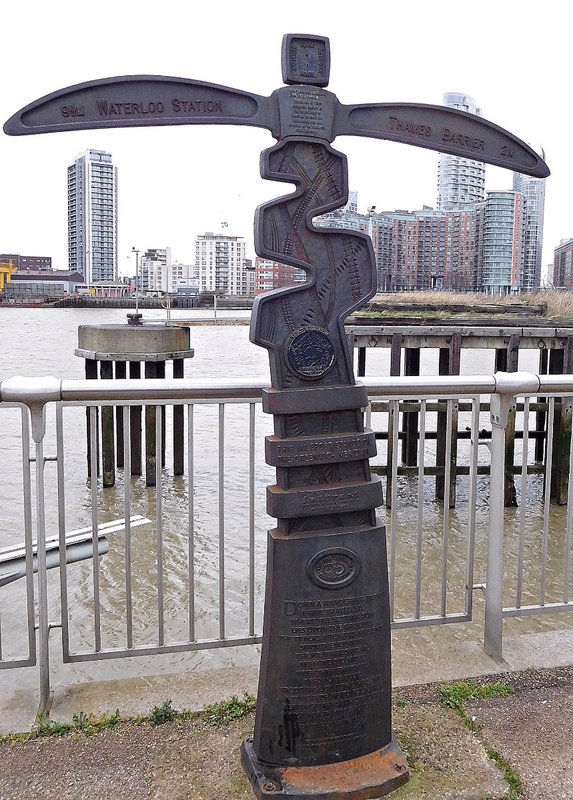 Greenwich Meridian marker - not part of the LINE

Then another curiosity, a slice of a ship: 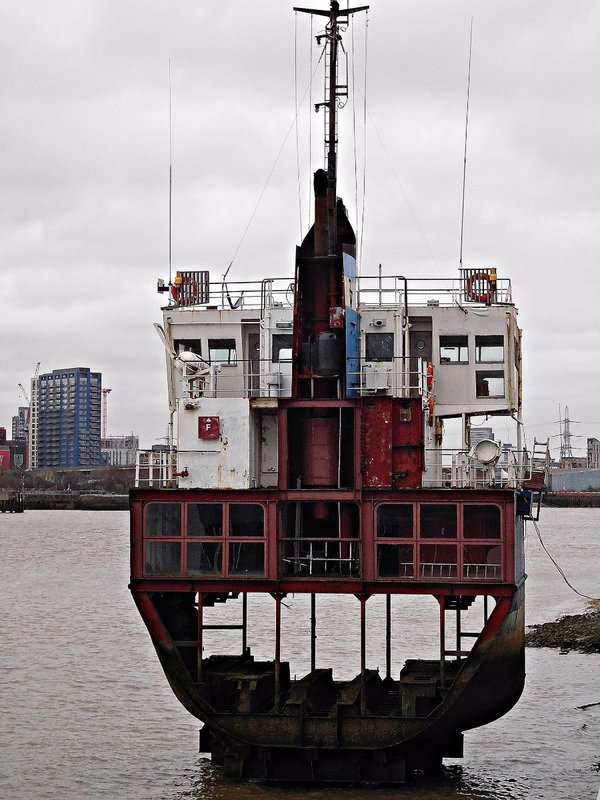 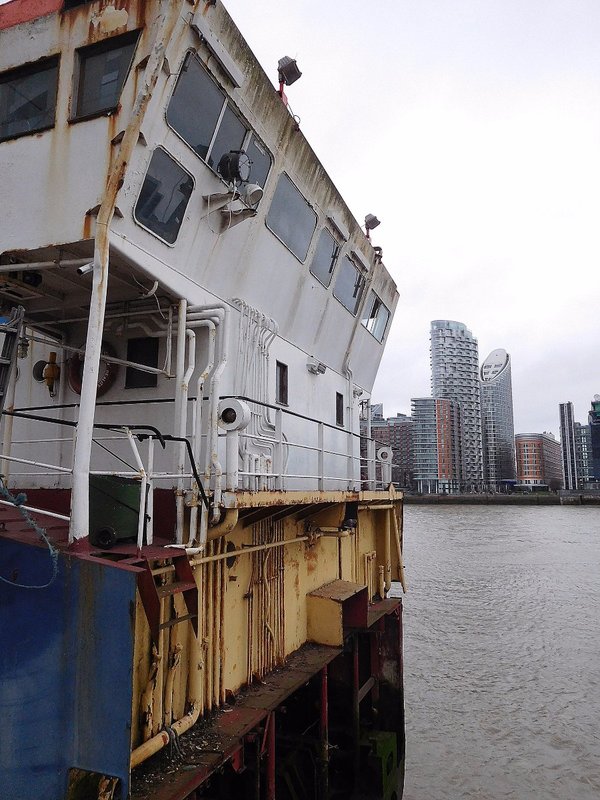 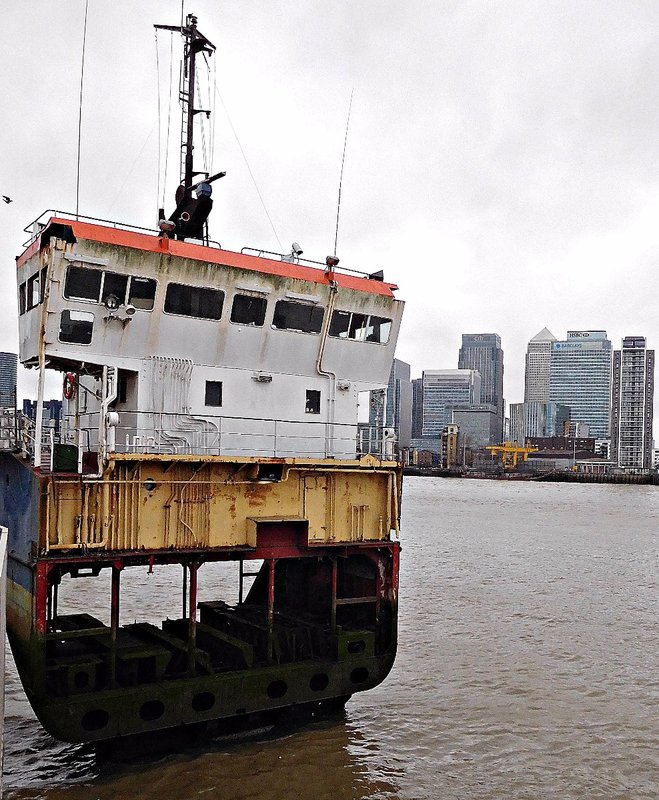 And beyond this, a view of a reed-bed: 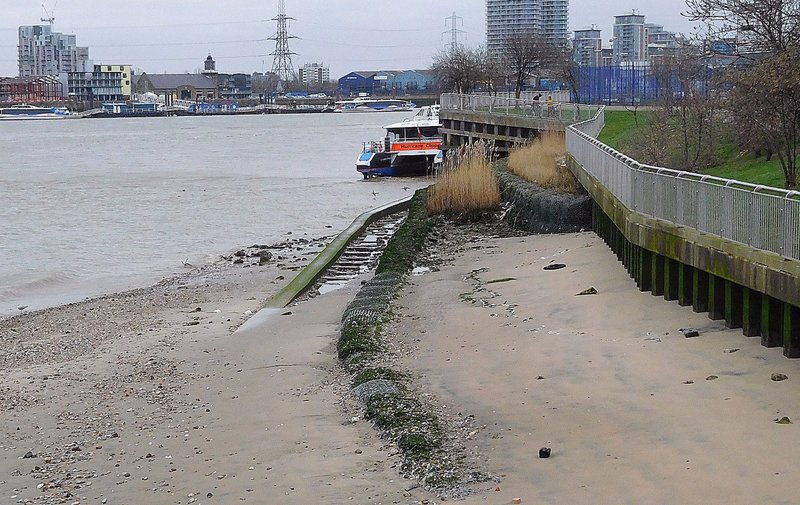 Reed bed - not a sculpture!

And further along the riverside walkway, a sensuous work of art with a view of the Emirates Cable Car line in the background: 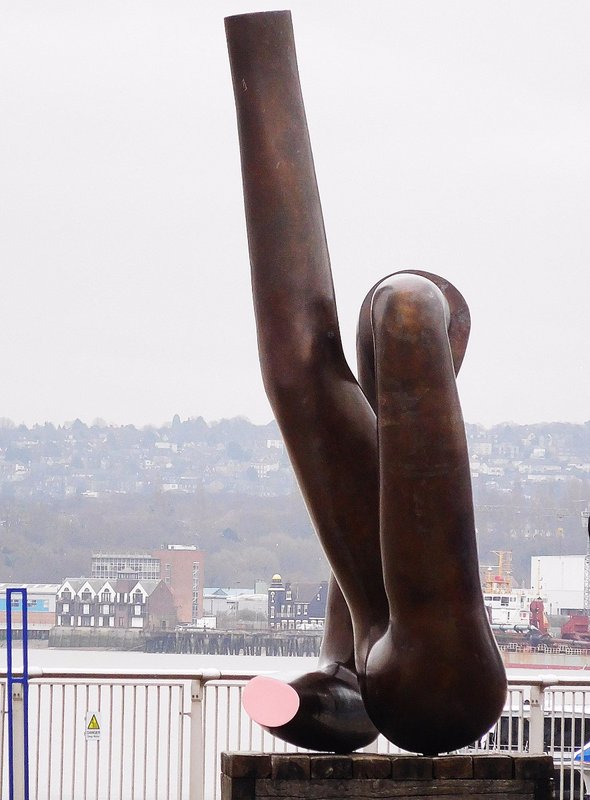 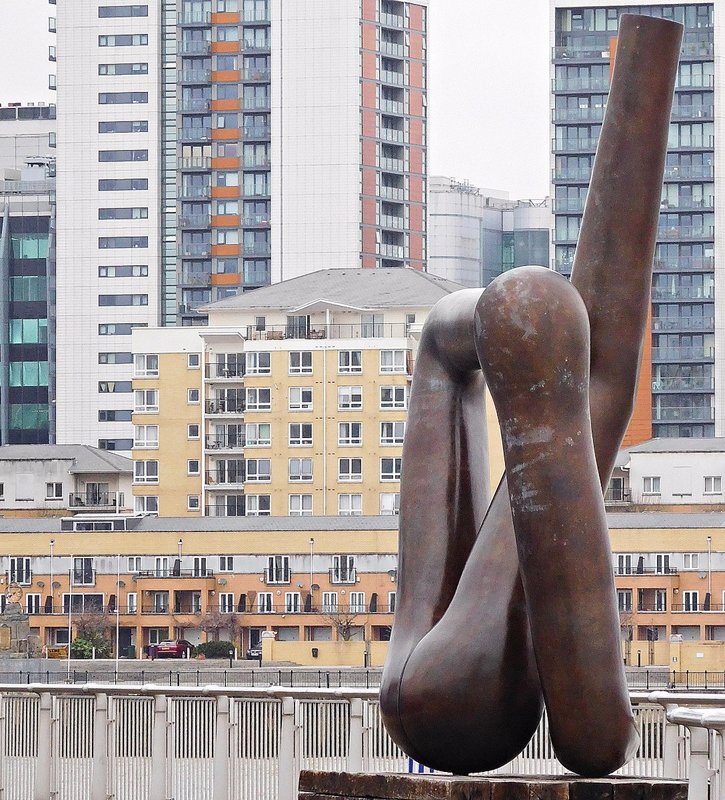 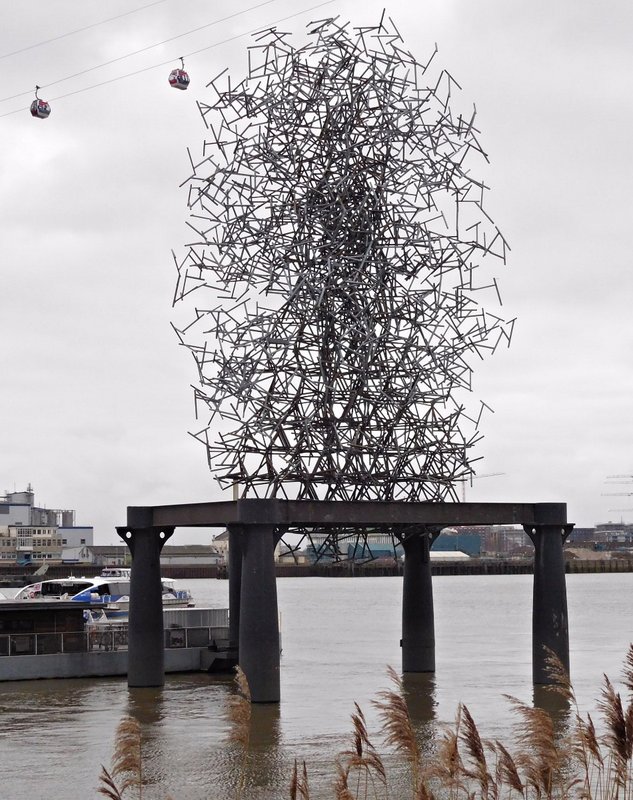 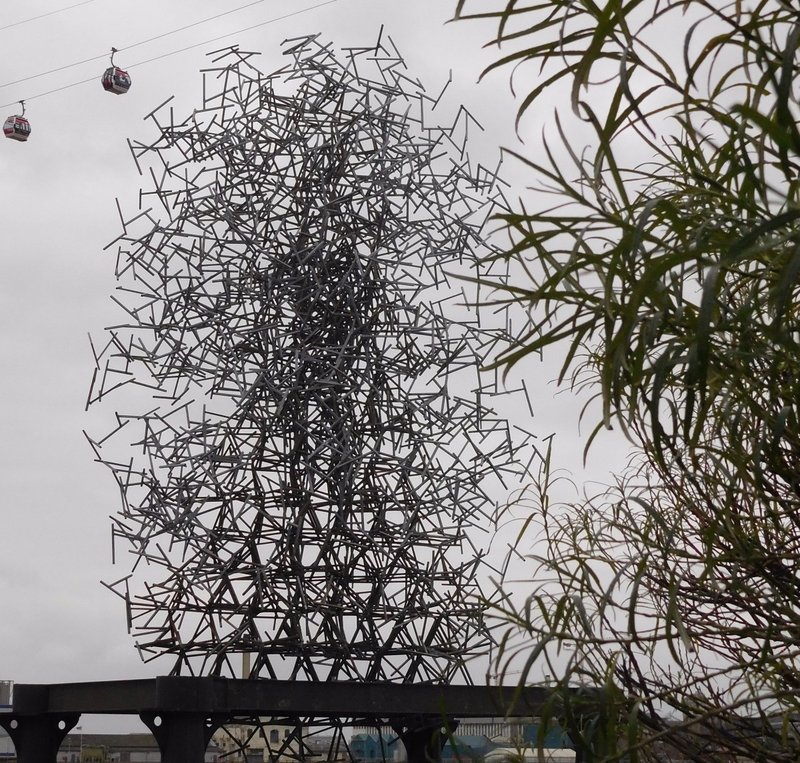 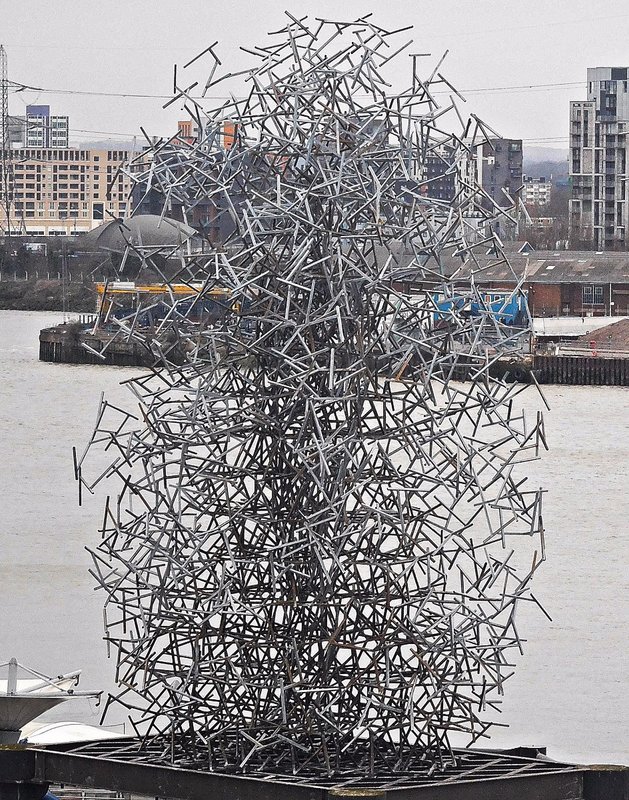 Then the LINE is interrupted. To continue it, one must cross the waterways. And, the best way to do it is by taking the Emirates Airway Cable Car, which I will describe elsewhere. After 'landing', we saw a work by the late Eduardo Paolozzi: 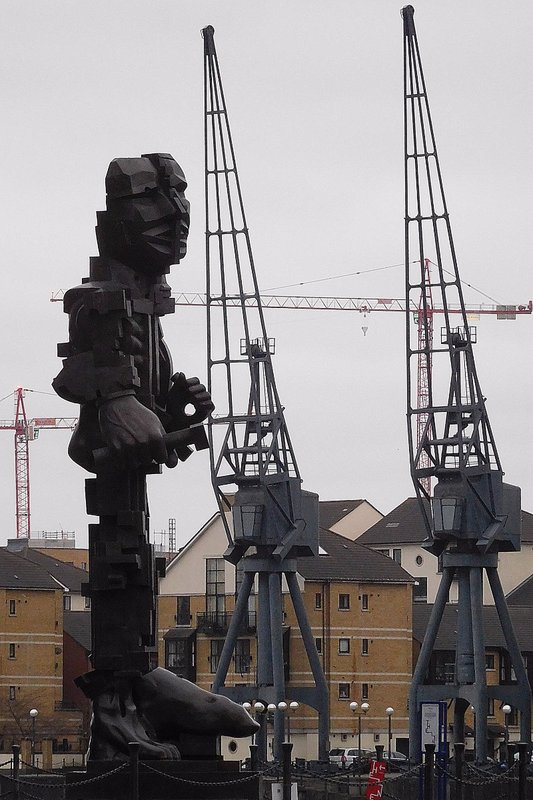 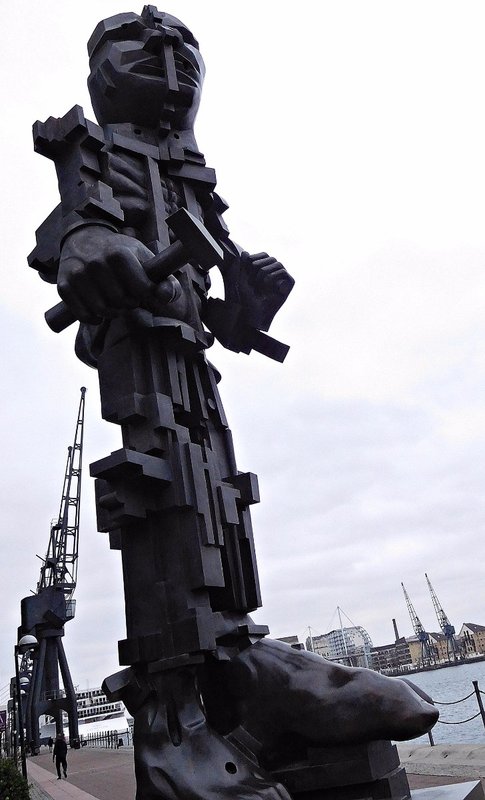 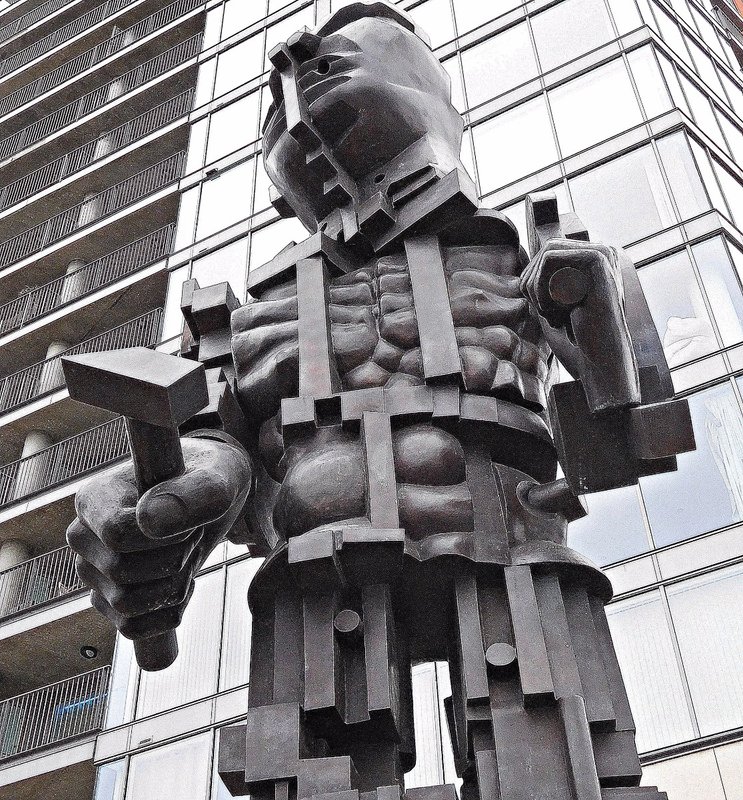 The last sculpture we saw was the only disappointment: 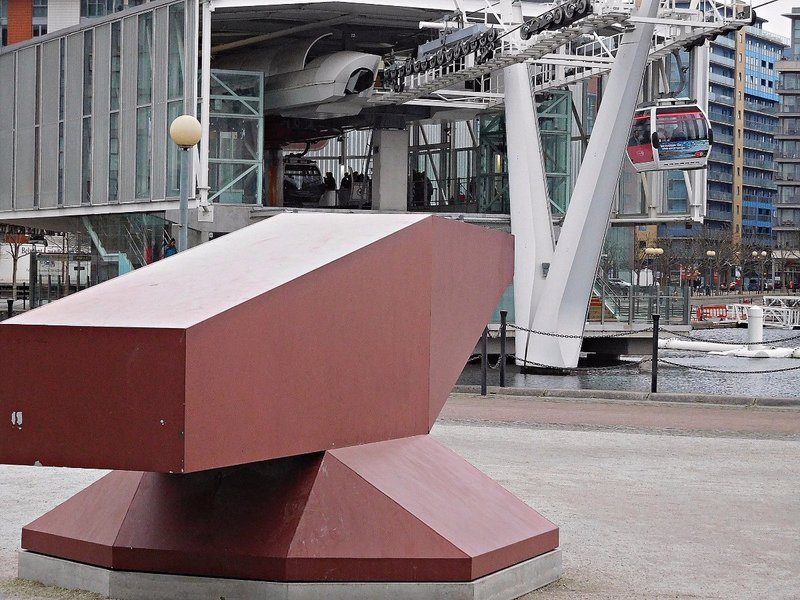 Now, I have seen and photographed seven out of the ten sculptures currently on the LINE.
I look forward to seeing the remaining ones soon. 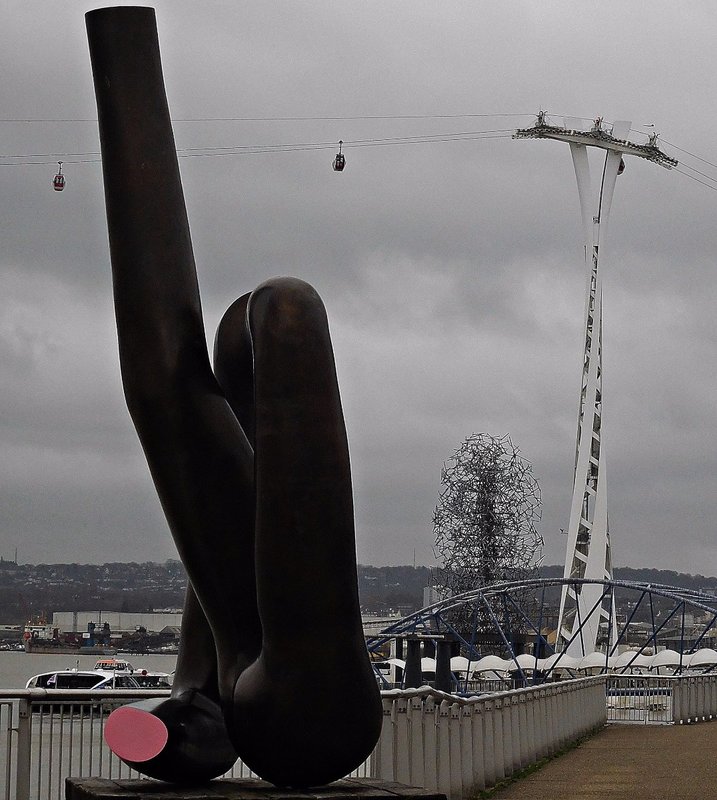 Walking the LINE is a most exciting and fulfilling leisure acrtivity, which I can strongly reccommend to everyone

I didn't know about the line art work even i have seen most of the art works this is is very interesting, but my favourite one is the Quantum cloud as when you do look closely inside all those pieces you can see a human body.