The College of Arms was founded in 1484. It has nothing to do with weapons. It is the official body that regulates the use of coats of arms and other heraldic emblems. 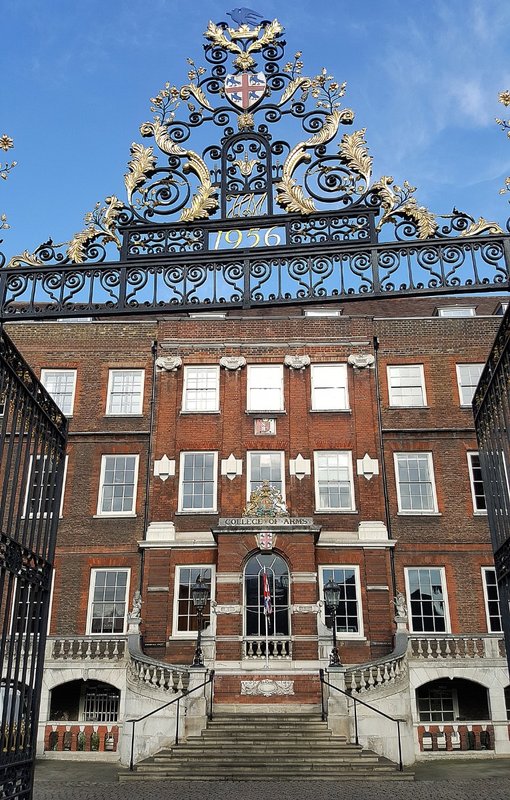 The College is housed in a building that replaced its earlier home that was destroyed by the Great Fire of London in 1666. The present building was built only a few years after the Fire. Originally, it was a four sided building enclosing a courtyard, but in later years the front part of it was demolished in order that Victoria Street could be made. 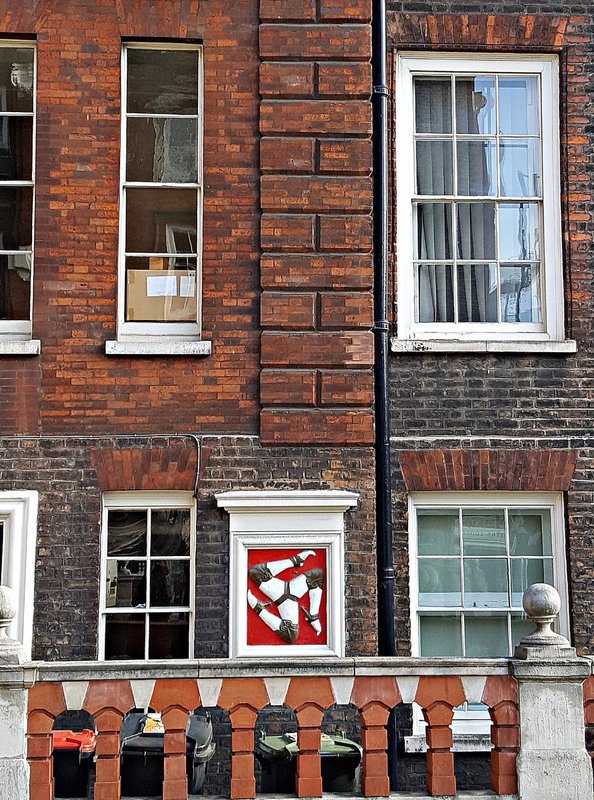 Only the entrance hall, which used to be a court-room for cases relating to coats of arms, may be visited. We were welcomed by a friendly lady who explained many things to us. 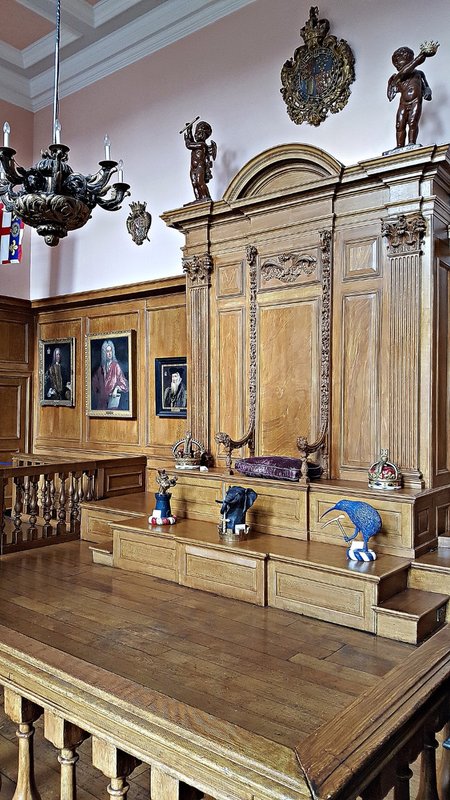 The entrance hall has the original judge's 'throne' as well as some portraits of previous Heads of the College including Sir John Vanbrugh and Queen Elzabeth the First's courtier, Sir Robert Dudley. 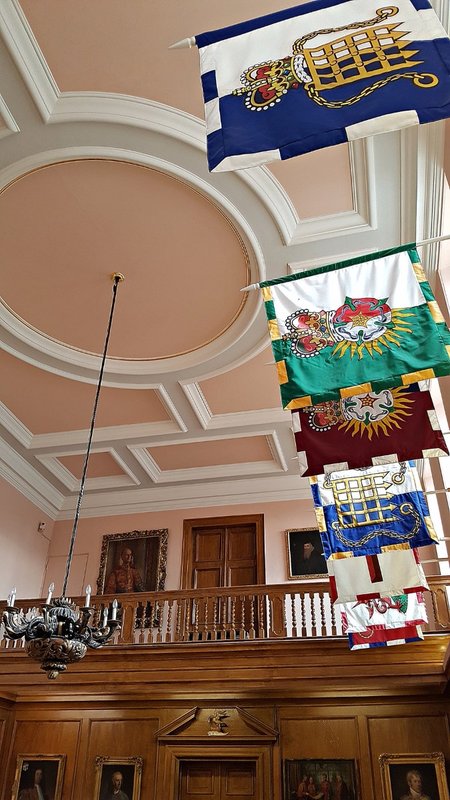 Ceiling in College of Arms

Of particular interest are three heraldic models, which used to be on display in St George's Chapel in Windsor. They relate to former, now deceased, Knights of the Garter. While the Knights are alive, their heraldic emblems are on display in the Chapel at Windsor. When they die, their emblems are removed from Windsor, and replaced with those of living Knights of the Garter. One of the emblems we saw at the College is an elephant. This was the emblem of Lord Kitchener (1850-1916). 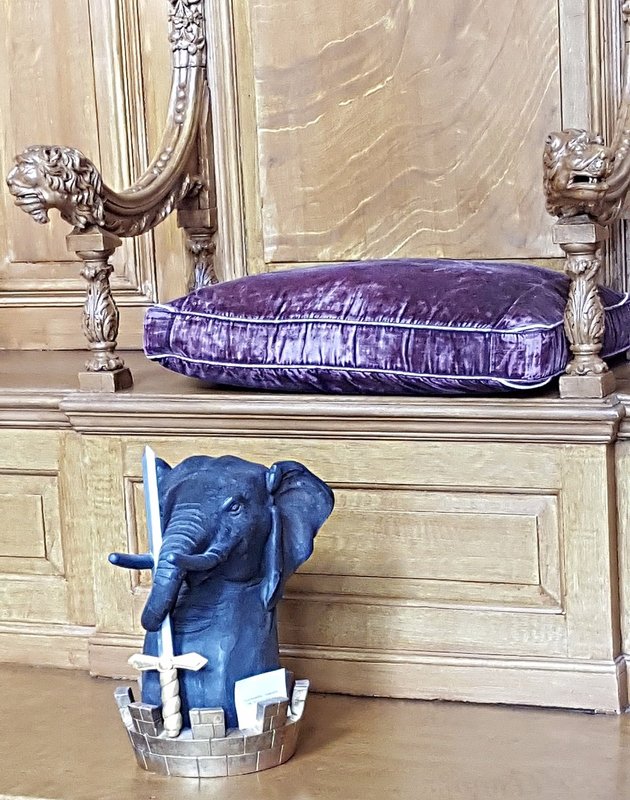 Although visitors, arriving without a prior appointment, get to see one room only, it is well worth visiting.