A long-established cinema in Hampstead

Louis Patisserie is one of the older of my memories of Hampstead, but it is not nearly as old as the nearby Everyman Cinema, just off Heath Street in Holly Vale. Its building was constructed in 1883 as a military drill hall. In 1919, it was modified to become a theatre, and then in 1933 it opened as a cinema, which is still in business today. 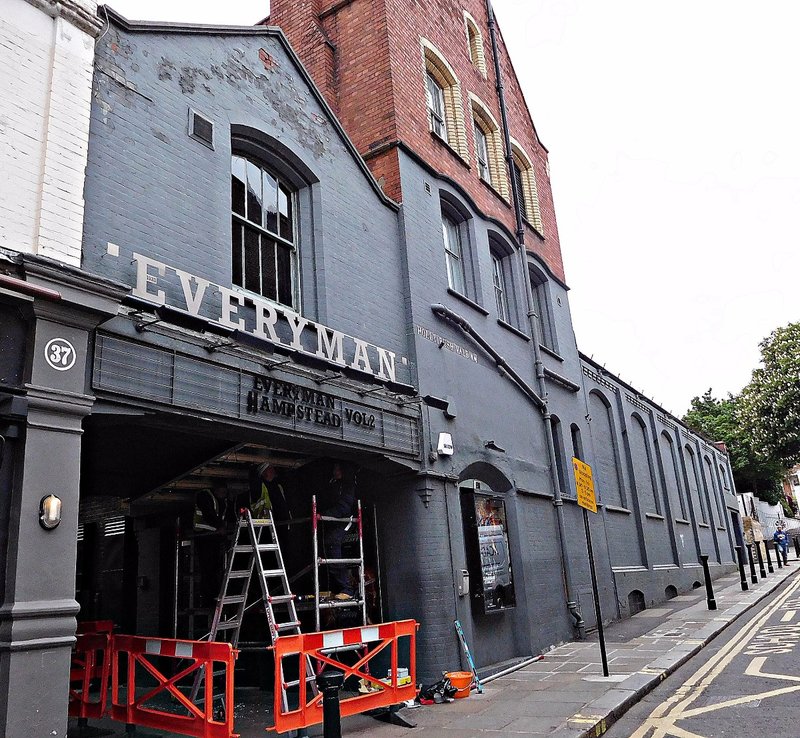 It was in the Everyman that I watched a film (‘movie’) for the first time in my life. It was one of the only, if not the only, film I ever watched with my parents, who were not keen cinema-goers. Typically, my first film was not a popular children’s film like “Tweety and the Beanstalk” or “Bugs Bunny” or a Walt Disney cartoon. It was the French film “Le ballon rouge”, now an ‘art film classic’, which first appeared in 1956. I must have watched it a year or two later. My parents, who dissuaded me from reading popular culture, such as books written by Enid Blyton, were anxious to expose me to what they believed to be the more sophisticated aspects of literature, theatre, and, in this case, film.

In the 1960s and ‘70s, the Everyman tended to screen so-called ‘art films’, rather than the more popular ones that went out on general release. As I grew up, that kind of film suited me. So, I visited the Everyman frequently. Its interior used to be somewhat spartan. What lingers in my memory is that the auditorium always had a curious smell, that of leaking gas.

Once a year, the cinema put on a season of Marx Brothers films. I saw most of them, but never wanted to see the same one twice because, in my youth, I was able to remember well what happened in each film. The season took place in the summer months. Often, I walked across Hampstead Heath to watch a matinee screening. If the weather was good, I would often be the only person in the auditorium apart from the usher or usherette.

Today, the Everyman is still in business, but shows more ‘run-of-the-mill’ films, which attract larger audiences than the obscure kind of films that used to be the ‘speciality’ of the cinema. It is part of a chain of cinemas called Everyman Cinemas.

I have seen “Le ballon rouge” more than once, but I can't remember when or where or with whom.

Lovely memory from you childhood.

The first movie I saw 'at the pictures' was Gone with the Wind. It was incidentally the last night of the last movie ever shown in our local cinema ... I distinctly remember there being an interlude during which the ice-cream lady came round.

As I recall it was a one screen cinema... how times have changed.