Remembering the Holocaust in Haringey 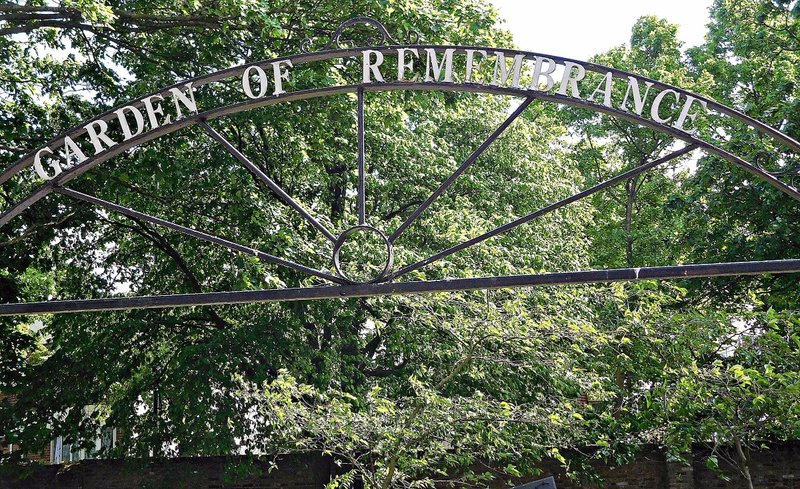 In the grounds of Bruce Castle, about which I will write in the future, there is a small fenced-off Garden of Remembrance. It is an attractively designed memorial to the victims of the Holocaust perpetrated by the Nazi Germans and their sympathisers.

The garden was created by young offenders as part of their rehabilitation. Apart from a small plaque with gold letters carved into a piece of black stone, there is a sculpture made from six wooden railway sleepers. 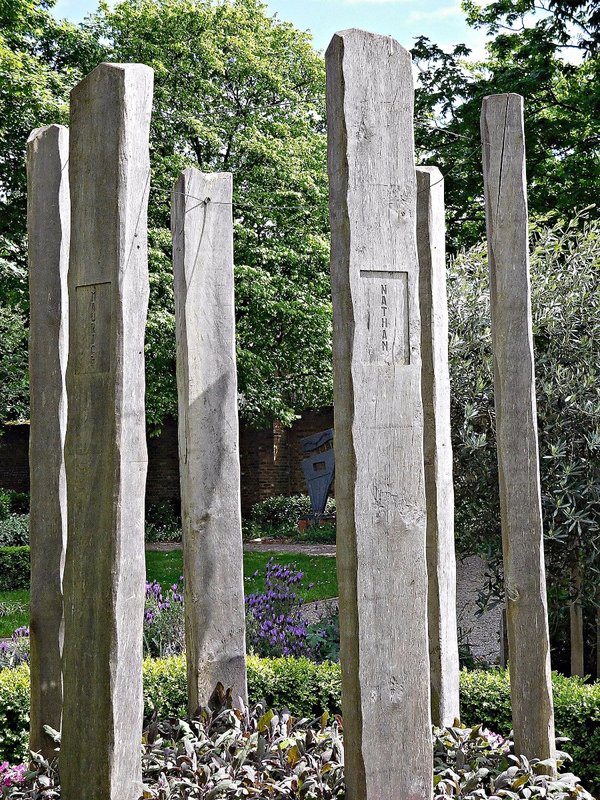 They stand vertically in a circle. Each one is supposed to represent one of the six million Jews killed in the Holocaust. And, each one has a single name carved on it. These six names are the first names of the six offenders who created this moving memorial. Behind that at the edge of the garden furthest away from the Castle, there is another sculpture (by Paul Margetts and Claudia Holder) representing prison bars and barbed wire. 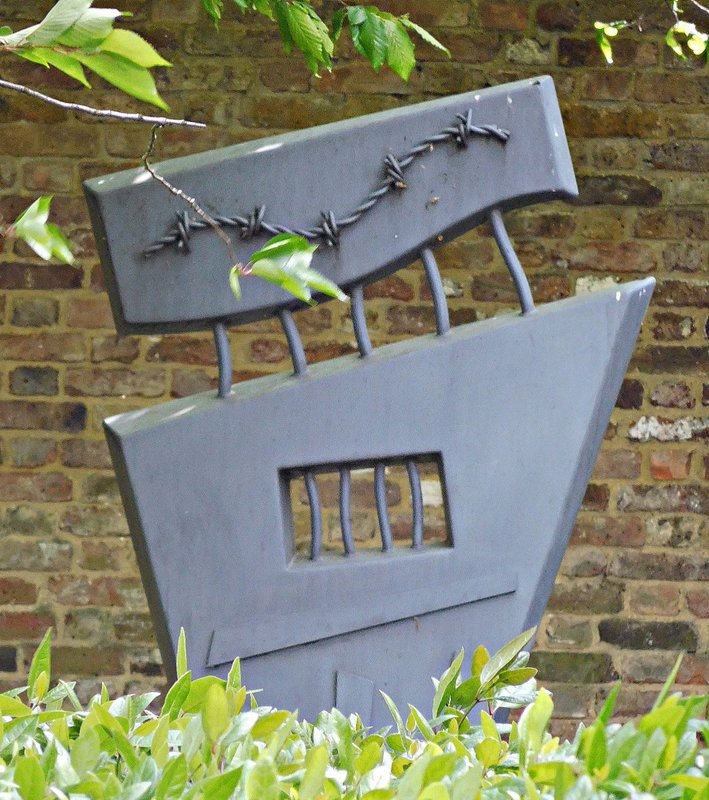 Part of the garden was redesigned to commemorate the life of Roman Halter (1927-2012), a Jewish Holocaust survivor who was born in Lodz, Poland. After the Second World War, Roman came to England where he became an architect, and then later a painter and sculptor. He lived in the Borough of Haringey, where this peaceful yet moving memorial garden is located. 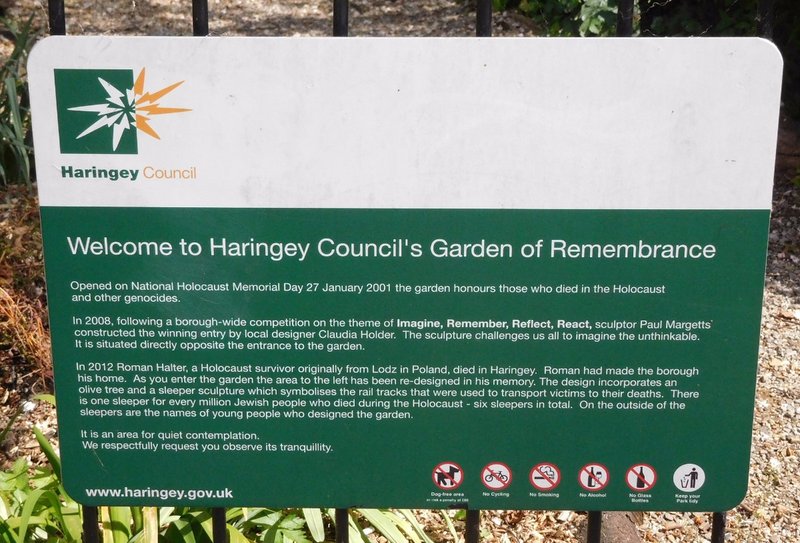 What a good idea and a very creative and touching memorial.

Very interesting, Adam. Especially so the fact that the names of perpetrators, however reformed, are cared into the monument. I think I think it good but still leaves me uneasy. Perhaps that's just me.

I like the look of this and it's an interesting (and I think good) way to occupy young offenders - far better than just locking them up imho. Maybe they will have learned something about the Holocaust and even reflected on the sufferings of others?